Please block out Friday March 6 in your diary as you are warmly invited to our Annual Sportsman’s Evening.

Tickets are just £20, which includes a hot beef sandwich. This popular event is not to be missed, especially as we have two special guests joining us: ex-pro cricketer and current Middlesex Cricket managing director Angus Fraser, and comedian Mick Martin. 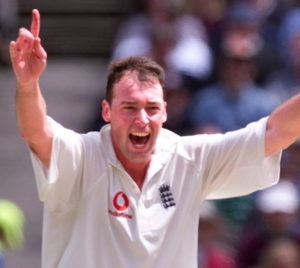 Angus Fraser MBE is an ex-professional England cricketer, and after a long career has continued in the sport currently being managing director of Middlesex Cricket. He has also been a selector for the ENgland cricket team since 2014, so his knowledge of the top-flight game is unsurpassed.

Fraser played in forty-six Test matches and forty-two One Day Internationals for England and was described as “a reliable, intelligent and hard-working bowler”. At 6 foot 6 inches even his medium-fast pace was enough to worry the best batsmen! His most famous spell was in the 1993/94 tour of the West Indies when he took 8–75 in the first innings, setting England up for victory. But his best figures were 8-53, which any bowler would be proud of.

Although born in Lancashire, Fraser played all of his county cricket for Middlesex in a first-class career spanning from 1984 till 2002; he served as county captain from 2001 until his retirement in 2002. After that, he worked as the cricket correspondent of The Independent newspaper (2002–2009), until his appointment to the newly created role of managing director of Cricket by Middlesex County Cricket Club in January 2009. He is a regular contributor to the BBC’s Test Match Special and a cricket pundit for Sky Sports. 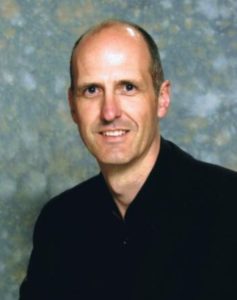 Mick started on the comedy scene by chance back in 1993, compering for established comedy performers. By 1995 Mick was becoming established as a stand up comedian in his own right.

From there, his popularity and demand has grown and his talent has been recognised and used by some of the leading adult entertainment groups, making regular guest appearances with the adult channel and the Sunday Sport Road Shows.Following regular appearances at Round Table, Rotary and British Lion functions, the Lions invited him to Tenerife to entertain them and compere the annual auction. Mick helped to raise £9000 for the charity.

His act has been tailored to compliment sporting personalities, having worked alongside Paul Merson, Ray Parlour, Neil Ruddock, Lee Sharpe plus many more sporting legends. Mick is firmly established on the after dinner and comedy circuit as a performer of the highest calibre. A Midlands man with a countrywide appeal!

“A good gag teller, with a wicked glint in his eye” – The Stage, Showcase Review

Sorry, there are no matches planned at the moment